Days of the week in Finnish 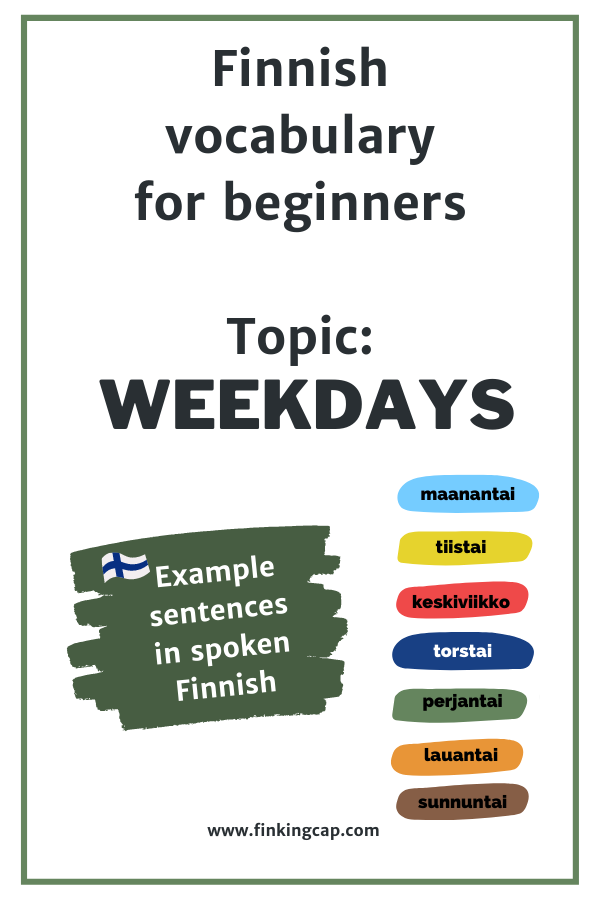 Watch this video to learn the weekdays in Finnish! You’ll not only learn the basic forms of the weekdays, but you’ll also learn a few simple example sentences to go with them. Some sentences come in 2 different versions: Standard Finnish and spoken Finnish. 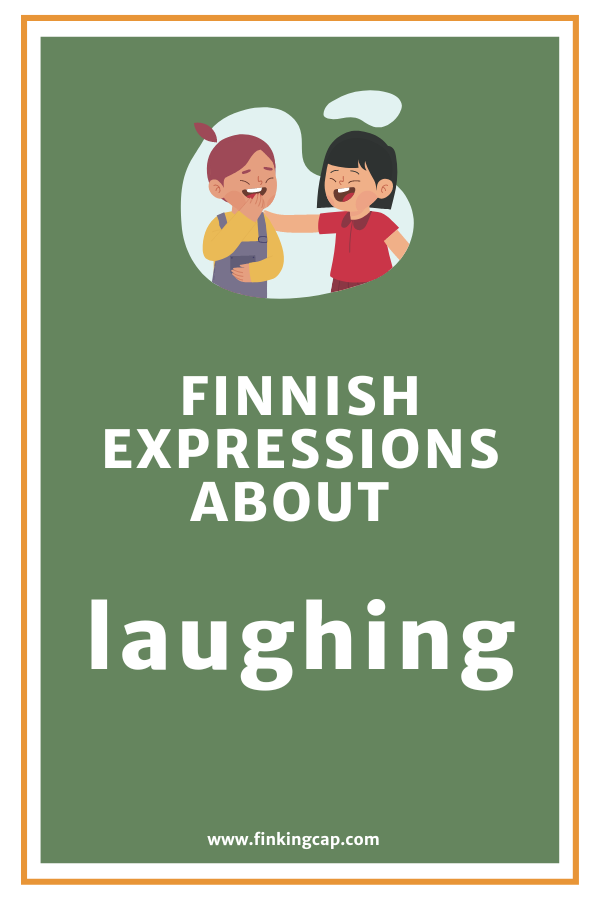 Here’s a couple of fun ways to talk about laughing in Finnish!

IT and technology vocabulary 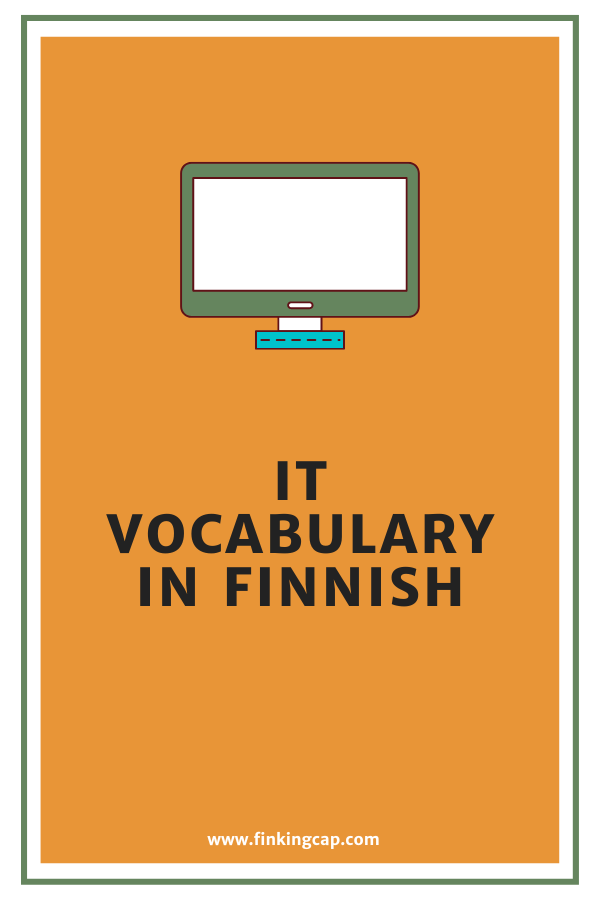 We all need technology these days. Get this vocabulary list and learn your first IT words in Finnish!

The colours in Finnish – värit suomeksi 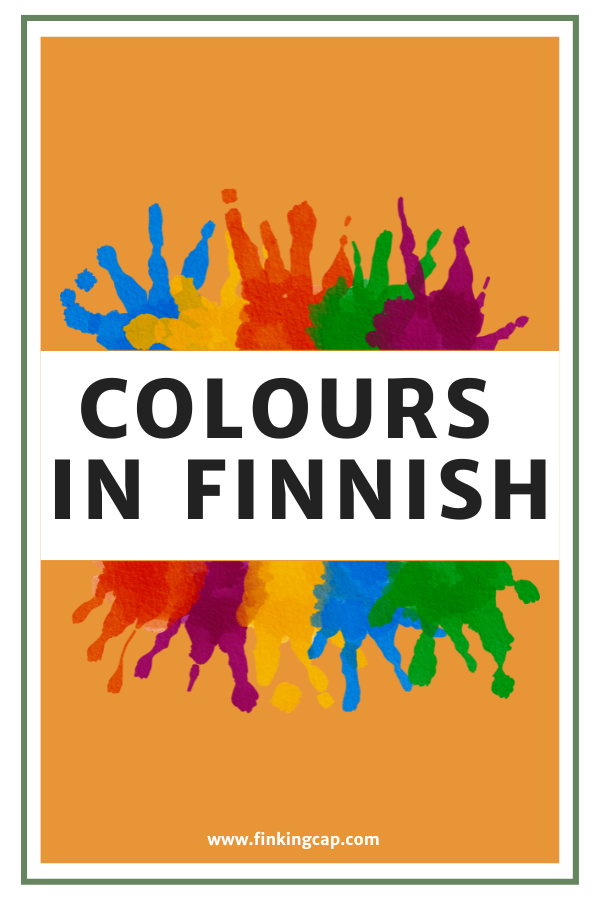 This blog post is about colours in Finnish. You’ll learn some basic colours and a way to “describe” colours. Sky blue, mint green, and so on. 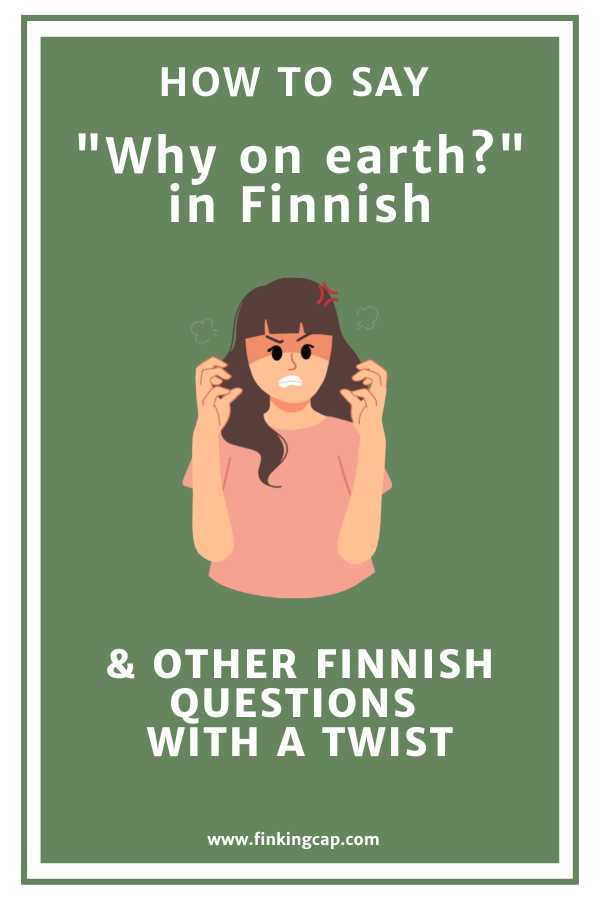 When you don’t understand why someone is doing what they’re doing, you can express your confusion or perplexity in English by saying “Why on earth?” Read on to find out how to say this in Finnish and how to tweak this sentence further. (NB! The end of the article contains swear words, both in the text and the audio.) 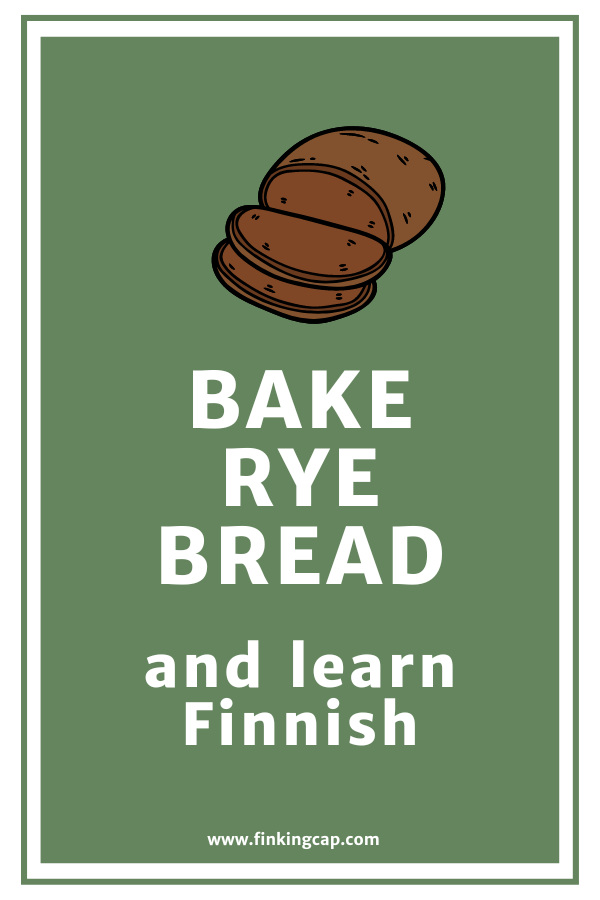 There was one thing I missed like crazy when I was living abroad – ruisleipä, rye bread. Want to bake Finnish rye bread and learn some Finnish? Get this recipe!

Talking about hobbies and interests in Finnish

You’ve probably heard the noun harrastus before, right? It means ‘hobby’. But what about the verb harrastaa?